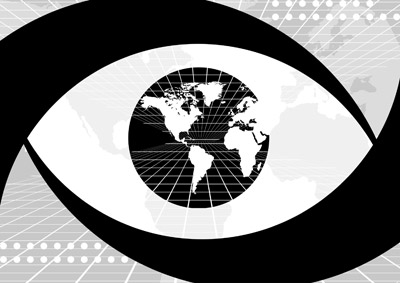 After 40 years of designing Optometric offices exclusively in the Eye Care Industry, I’ve recently been engaged to design an office outside of North America. The internet has opened up a new world of possibilities and it’s a very exciting time for Modular Design.

Recently, I was engaged by Dr. Nasser Alsabanni, an Ophthalmologist in Abha, Saudi Arabia to design his new 5,500 square foot office. After some negotiation and numerous discussions about the logistics of doing the design, I began the process.

The Logistics of Going Metric

The first hurdle we had to overcome was doing a design entirely in metric. Then we had to do a fair bit of research on construction materials and techniques, which are very different from North American construction.

Just as an example, interior walls are constructed with concrete blocks, whereas we would use metal studs or wood studs, clad in drywall. Since we didn’t have access to the local building code, we took it upon our selves to adhere to our building code standards, which are very stringent.

Even though it wasn’t a requirement, I took the time to make sure the office was ‘Barrier Free’ throughout.

The look of the office will be exceptional, with custom furniture through out and a unique, centrally located reception area. A large administration area, an area for ordering frames and lenses. Their own surfacing facility, finishing lab and several adjustment work centers for the delivery of completed glasses. The sheer size of the optical retail area, which is 2,200 square ft of the overall space, was a daunting task, but we were up for it.

The retail area will have 24 beautiful display units for sunglasses and ophthalmic frames, in a combination of frame displays, display islands and locking sunglass show cases, that will house over 2500 optical frames, plus four dual sales desks, strategically located throughout the retail area.

The office is currently under construction and I am looking forward to its completion. Tune in for the finished design coming soon.

“I especially want to thank Frank, for his time, energy, expertise, insight, motivation and support.”

“After 11 years in private practise, I was faced with the challenge of expansion.  Hiring MDS made decision making a breeze”

“They achieved what they said they could and that was the ‘Wow’ factor. I was really surprised by the reaction to my new office.  EVERYONE! And I mean everyone, that came in the office, commented on how beautiful it was.”